"Bushido (武士道 Soul of Japan)", a Japanese traditional and spiritual culture, is to honor the people, show compassion for others, respect all living creatures, be thankful, appreciate beauty and be awed. With an aim to spreading this valuable spirit, "Tsurugikai (剣会 Group of Swords)" was established in 1953 as the first group of theatrical sword fighting technique in Japan, fostering the formation of talented personality, inheritance of marshal arts and adaptation to modern society, based on the unique training method of combining "expressive" and "imaginative" faculty of "Reihou (礼法 Etiquette)" of Bushido with public policy of modern society. On the basis of theatrical sword fight, Tsurugikai has been systematizing action, behavior and mental attitude in swordsmanship as "Katado (形道 Way of Form)" with a view to its development and transmission to future generations. "Bushido Tsurugi Association" was launched in 2013 for the purpose of reaffirmation and popularization of Bushido as a Japanese traditional and spiritual culture in accordance with Katado. This will advance human stability and peace with "promotion of academy, culture, art and sports", "development of social education", "healthy child care" and "global cooperation".

Loyalty: handle anything with loyalty

Politeness: cultivate the spirit of generosity and respect others' feelings

Courage: be brave to achieve justice

【Oath】 I swear to train body and mind on the principle of Bushido.
Asked about the soul of Japan,
I would say
That it is
Like wild cherry blossoms
Glowing in the morning sun 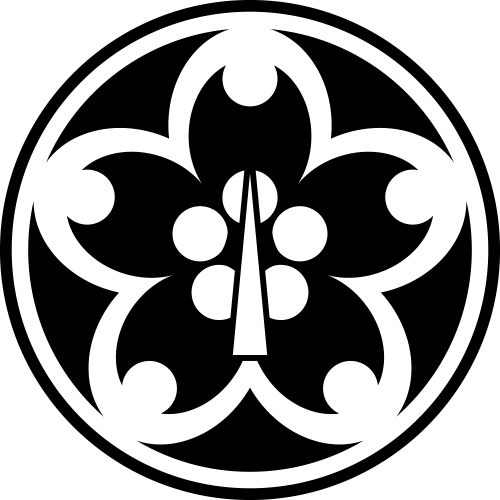 The Japanese national flower "Cherry blossom" hides neither sword nor poison under its beauty with delicate scent and little gaiety. The flower blossoms beautifully and falls beautifully. Its graceful decisiveness is projected onto the view of life and death, such that Bushido Tsurugikai defines Cherry Blossom of Sword Guard as its armorial bearing.

A man in the top photo is an old actor "Seizou Fukumoto". As one of the members of Tsurugikai, the first group of theatrical sword fighting technique in Japan, he has been killed by sword 50,000 times for 55 years in samurai drama series and movies, such that it is not too much to say that none of Japanese samurai drama passes without his being seen. He has showed his great skill not only in Japan but also in foreign countries.
In "Last Samurai", Fukumoto played an important role with Tom Cruise and became famous as a "Silent Samurai".
On top of that, at the age of 71 in "Uzumasa Limelight", he played his first starring role as an old man as though it were Fukumoto himself, which brought him a Best Actor Award in Fantasia International Film Festival 2014 in Montreal, Canada. It was the first time to put a spotlight directly on his 55 years-being-killed-role-life. Fukumoto's honest and craftsmanship spirit represents his humble character, and his style of valuing Bushido is exactly that of a real Bushi living in this modern world.